How Much Does a DUI Lawyer Cost in Maryland?

If you’ve been charged with drunk driving, you probably wonder how much a Maryland DUI lawyer costs? The cost of a Maryland DUI attorney can vary depending on a number of factors, including;
This page will explain how a DUI lawyer charges for their services and what facts or circumstances can affect the legal representation price for your case.
When considering hiring a DWI defense lawyer for your drunk driving arrest, make sure you look for a counselor that you feel comfortable with. The lawyer you hire is going to be your spokesperson in court and guiding you along through the process.
You want an attorney that is “put together” and presents the best image for your case and you.

When do you Need an Attorney for a DUI charge?

Immediately. A DUI has many negative consequences which require professional assistance. Any criminal charges are serious but Driving Under the Influence (DUI) contains more than the usual pitfalls. Not only is there possible fines and jail time, but there are also administrative hearings, possible loss of license and if you drive for a living or need to drive to make a living, loss of a job. As it is on your record, it can even affect your ability to obtain housing.

A DUI charge means you have been accused of having a blood-alcohol level of .08 percent or greater. If the blood alcohol level is between .o4 and .o7 percent, this is considered driving while intoxicated or a DWI.

The Law Offices of Randolph Rice defends clients charged with DUI and DWI in the following counties and cities throughout Maryland:

Make sure you contact our office if you’ve been charged and need legal representation. 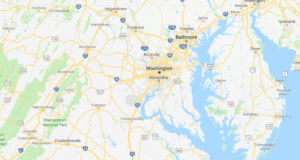 Location of the DUI case and its Effect on Legal Costs

Another factor to be considered when it comes to the Maryland DUI lawyer cost is the location of your case as it relates to the lawyer’s office or primary practice location(s).
There are some jurisdictions that may be a farther drive for the lawyer. If an attorney has to spend more time traveling to the courthouse, that may cost the client more money.
Time and knowledge are the most important assets a lawyer can offer. If it takes more time for the lawyer to complete the task of defending your case, then the cost will be higher.
Therefore, if you hire a Baltimore criminal defense lawyer for a case in western Maryland but the attorney at law is located on the eastern shore of Maryland, then it may cost more money.
It is smart to choose a lawyer who practices within a set number of jurisdictions to ensure a consistent price point.
As an example, our office only represents individuals and families in a handful of counties and cities in Maryland. These include Carroll County, Cecil County, Howard County, Baltimore County, Baltimore City, Harford County, Anne Arundel County, and Worcester County.
We have a network of lawyers in the other Maryland counties that we trust and refer to driving while impaired cases too. Give us a call and we can put you in touch with these lawyers.

The Driving Record For the Client Can Affect the Legal Cost

Another factor to consider in the cost for a Maryland DUI lawyer is the prior driving record of the client. When a client has no prior DUI or DWI convictions, the legal cost will be considerably less than if the client has prior drunk driving convictions.
As a general rule, a first-time offense driving under the influence charge is always going to be less expensive than a 2nd or subsequent arrest and charge.
The reason being is that the client will be facing more serious penalties and it may take more time and more effort on the part of the lawyer to prepare the client and to defend the case in court. A first time DUI may cost considerably less than a second or subsequent DUI arrest. Complexity and Facts of the DUI arrest

The facts of each case may dictate the cost of a Maryland DUI lawyer. In other words, if the DUI arrest involves an individual under 21 years old or an accident, particularly an accident if someone was injured, the cost may be greater.
For example, a drunk driving arrest with an accident is going to cost more than a DUI with no accident. Or, a DUI accident with injuries may cost more than a DUI accident with no injuries.
This factor may dictate a greater expense to hire a lawyer because of the fact that the case is more serious and requires more work on the part of the lawyer.

Plea versus Trial (bench or jury) for the DUI arrest

A lawyer may be more expensive if the DUI case will require a trial before either a judge or a jury. In Maryland, if an individual is facing a penalty more than 90 days, then that individual has a right to a jury trial. In most DUI arrests, the police officer will charge both the DUI and the DWI. DUI stands for “driving under the influence” while DWI stands for “driving while impaired.”
The reason this is important is that DUI carries a maximum penalty of one year whereas a DWI carries the maximum penalty of 60 days. Because the DUI could potentially result in a penalty of greater than 90 days, then the defendant has a right to a jury trial.
This means that the lawyer may be required to try the case before a jury which could take multiple days and thus a higher cost. If the case is going to result in a plea, then it may take less work on the part of the lawyer and therefore the fee may be less expensive.

Because the criminal penalties could be more than six months in jail, under Maryland law, you could request a jury trial. This generally does not happen, since it is far more complicated and involved to put on a jury trial in the Circuit Court (Maryland District Courts do not have the jurisdiction to have jury trials so your case would be transferred to the Circuit Court for the County), as well as being far more expensive. The difficulty in representing yourself in the District Court is nothing compared to the complexity of a jury trial.

How much does a DUI lawyer cost in Maryland?

How Much Does it Cost for a DUI?

A DUI or DWI charge can be one of the most expensive criminal allegations one may face in their life. Between the cost of legal representation, alcohol classes and treatment, court costs and fines, probation fees, and insurance premiums, one can expect to pay upwards of $10,000.00 if charged.

If you are convicted of an impaired driving offense, you face both criminal penalties and license sanctions. They are as follows:

For a first offense, you face up to a $1,000 fine and up to one year in jail. Twelve (12) points will be assessed on your driving record and your license may be revoked for up to six (6) months.

For a second offense, you face a $2,000 fine and up to two years imprisonment (with a mandatory minimum of five days). Twelve (12) points will be assessed on your license and your license may be revoked for up to one year.

For two convictions within five years, a mandatory period of suspension will be followed by a minimum required period of participation in the Ignition Interlock Program.

You may be required to participate in an alcohol abuse assessment and program.

If you are convicted of Driving While Impaired by Alcohol (DWI):

For a first offense, you face up to a $500 fine and up to two months imprisonment. Eight (8) points will be assessed on your driving record, and you face a 6-month license suspension.  If this conviction is the result of a driver under 21, you will face a 1-year suspension.

For a second DWI offense, you face up to a $500 fine and up to one-year imprisonment. Eight (8) points will be assessed on your driving record, and you face a license suspension of 9 to 12 months.  If this conviction is the result of a driver under 21, you will face a 2-year suspension.

The penalties are substantially higher if you are transporting a minor at the time of the offense or for a third offense.

Generally, the higher alcohol level you are found to have the greater, penalties, administrative action, fines, and consequences will be for you.

Our Maryland DUI Lawyers Can Help

Outside of general expertise of a being an officer of the court, there are multiple reasons to hire a lawyer as soon as possible once you are charged. Some of them are as follows:

Any aggravating factors, such as previous charges or convictions, particularly in the last five years, greatly increase the risk to you of jail time/length of sentence and loss of your license. It also increases the probable necessity of a lawyer to guide you through the process with a resolution most favorable to you.

To summarize, because of the legal and economic impact of DUI charges, you should consider obtaining legal representation as soon as practicable after your arrest to deal with all the issues that will arise.

For a more detailed response to any questions on DUIs or any other situations while driving impaired, please contact the Law Offices of Randolph Rice for a consultation on your matter. We will be happy to assist you.