Why You Don’t Want to Accept a Plea Bargain

Pleading guilty is the highest form of admission in the criminal system. By entering a plea, you are waiving a number of rights and ensuring that you will be found guilty. You should confer with a criminal lawyer anytime you are considering a plea to any criminal or traffic case. If you are facing jail time or fines and probation, a criminal defense lawyer can advise if a plea is a right choice for you.

Pleading guilty is the highest form of self-incrimination in America. You are telling the judge and the legal system that you did it, that you’re guilty, and that you are accepting full responsibility for your criminal actions. This is why it is so important to consider all options when charged with a crime.

Attorney Randolph Rice is a Maryland criminal defense attorney and former Assistant State’s Attorney. He has prosecuted and defended thousands of criminal cases in Maryland. His in-depth knowledge of the legal system in Maryland, as well as the plea bargaining in the Maryland District and Circuit courts, helps his clients make the best possible decision.

These are usually the statements made in the statement of probable cause and any other written documents by the investigating officer or victim. By entering a not-guilty agreed statement of facts you are waiving your right to a trial as well as any constitutional or legal arguments as to the facts.

Not guilty agreed statement of facts If you enter a not guilty agreed statement of facts plea that you are waiving your right to a jury trial and the Circuit Court or a bench trial in the District Court. In addition, you would have the option of electing a bench trial in a Circuit court before a judge, but you are also waving that right.

When you enter a not guilty agreed statement of fact you are required to waive certain rights and verify or qualify on the record to certain elements. The court wants to make sure that you are not under the influence of any drugs or alcohol, under the care of a psychiatrist or psychologist, or taking any medication that it could affect your ability to make an informed decision.

Since entering a guilty plea is the highest form of self-incrimination, the Court also wants to ensure you understand the consequences. This means that you understand the Polly could affect your parole or probation if you are on one. In addition, a guilty plea or a not guilty agreed statement of facts could affect your US citizenship and would commence a collateral hearing by either immigration or another Federal agency.

In Maryland Circuit courts, it is typical for an individual who wishes to enter a plea to enter one in the form of a guilty plea. A guilty plea is similar to a not guilty agreed statement of facts but just uses a different name in the Circuit Court. Again, by entering a guilty plea, and individual is waving their right to a trial, to confront witnesses, or to contest or challenge any evidence. A defendant is essentially saying that they accept full responsibility and agree to all of the facts in the statement of charges or police report.

Guilty plea to get it over with 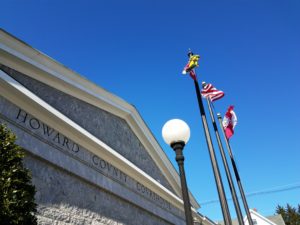 Some individuals, will enter a guilty plea or not guilty agreed statement of facts because they just want to get the case over with. This is not smart! If you did not commit a crime or there is a discrepancy in the state’s case, you should seriously consider challenging the case and taking it to trial.

If you did not do the crime you should not enter a guilty plea. The long-term consequences and ramifications of a guilty finding or even a PBJ can affect your schooling, employment, and housing opportunities. In addition, a guilty plea May haunt you for the rest of your life because it may result in a guilty finding that cannot be expunged from your record. In addition, if you’re found guilty and placed on a period of Probation, and during that period of probation you violate, you could be facing substantial jail time.

Probation before judgment – violation of probation

One factor to consider when entering a not-guilty agreed statement of facts or a guilty plea in Maryland is the consequences of violating probation. A judge is gracious enough to grant you probation before judgment, and place you in a period of probation, then if you violate that probation you are subject to the maximum sentence for the crime you received the PBJ.

That means, if you are given a PBJ for a second-degree assault, you may not stay out of jail when you received the PBJ, but if you violate the probation then you could face up to 10 years in jail and or a $2,500 fine at the violation of probation hearing. Most individuals don’t realize this or understand that a PBJ exposes you to the maximum sentence for the crime. Whereas, if the judge found you guilty and gave you a split sentence or suspended sentence, for example, you were found guilty of second-degree assault and received a five-year suspended sentence, then if you are found to have violated your probation then you are only subject to a maximum of a five-year sentence.

Taking a case to trial Statistically, in Maryland, approximately 95% of all cases result in a plea bargain. The numbers may be a little bit higher for misdemeanor cases than for felony cases. Typically, misdemeanor cases carry a lower penalty and so most individuals are not worried about the consequences in the District Court.

However, Marylanders should reconsider entering guilty pleas or not guilty agreed statement of facts in their criminal cases because of the long-term consequences. Guilty pleas are not inconsequential to your life. If you dispute the facts or if there is a credibility issue with a witness or victim, you should consult with a Baltimore criminal defense lawyer and strongly consider taking your case to trial.

A trial may be beneficial because the end result could be a not-guilty finding. There it’s often worried there will be a trial penalty if you decide to elect a jury trial or bench trial. In some circumstances that may be true. Some judges or jurisdictions may impose a stricter sentence if you’re found guilty at a trial. Also, if you take the stand and deny the allegations, and a jury finds you guilty then the judge May sentence you to a stiffer penalty.

However, an experienced lawyer will know if there is a trial penalty in your case and advise if you should take your case to trial before a judge or jury.